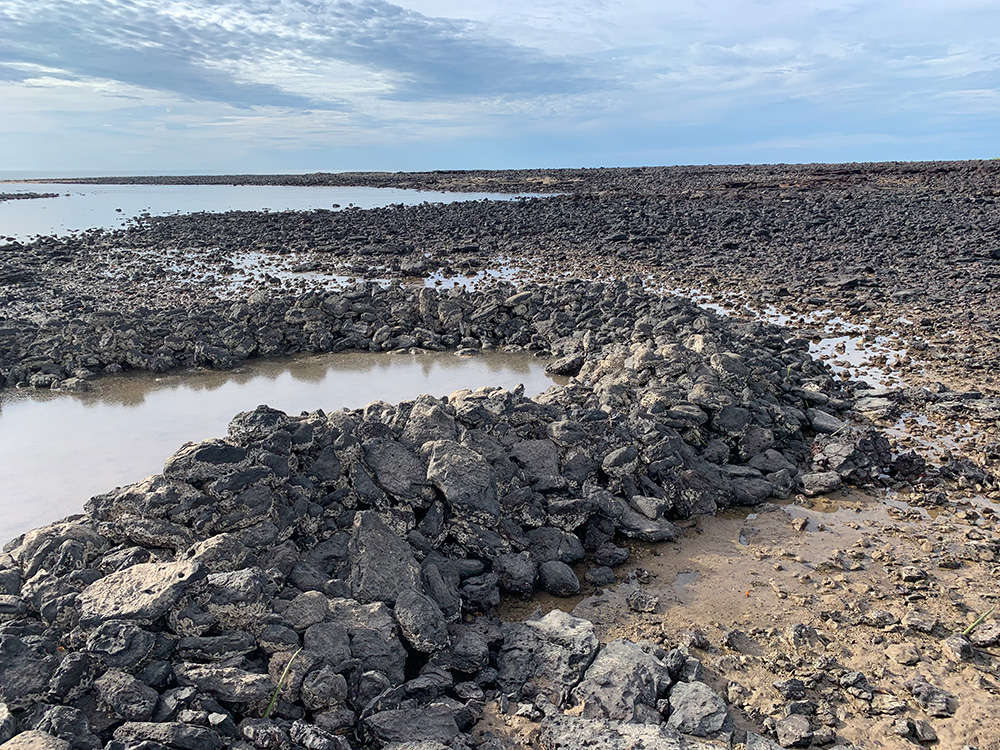 The Karrabing Film Collective uses the creation of film and art installations as a form of Indigenous grassroots resistance and self-organization. The collective opens a space beyond binaries of the fictional and the documentary, the past and the present. Meaning “low tide” in the Emmiyengal language, karrabing refers to a form of collectivity outside of government-imposed strictures of clanship or land ownership. Shot on handheld cameras and phones, most of Karrabing’s films dramatize and satirize the daily scenarios and obstacles that collective members face in their various interactions with corporate and state entities.

Composing webs of nonlinear narratives that touch on cultural memory, place, and ancestry by freely jumping in time and place, KFC exposes and intervenes into the longstanding facets of colonial violence that impact members directly, such as environmental devastation, land restrictions, and economic exploitation.

Karrabing consists of over 50 members, all but one Indigenous stakeholders for the land, with ages from new-born to elder. The Karrabing Indigenous Corporation seeks to integrate their parents and grandparents ways of life into their contemporary struggles to educate their children, create economically sustainable cultural and environmental businesses, and support their homeland centres.

Karrabing Indigenous Corporation’s success, we believe, comes from an openness to the actual rhythms of everyday life in the small rural community where most Karrabing reside. By encouraging our younger members to take artistic leads and refusing to abide by external production protocols, Karrabing have found that the interest of younger members in the lands from which the linguistic knowledge emerges has increased exponentially. The group already has about ten young members between the ages of 15-30 who are emerging as Karrabing leaders.