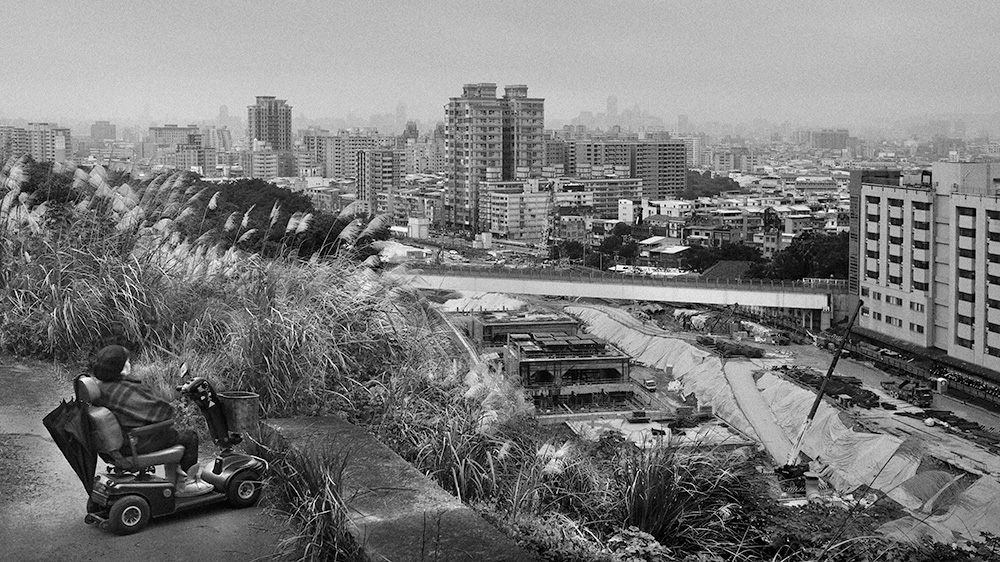 A long-time denizen of Taiwan’s art world, Chen Chieh-Jen’s work from the 1980s to the present has been exhibited internationally. To the local scene, he became renowned for Dysfunction No. 3, an interventionist performance on Taipei’s streets in the early 1980s. Wandering along dressed as hooded inmates, Chen and his contemporaries rejoindered government control through civil disobedience, forging a public sphere during times of oppression: From 1949 to 1987, the country was subjected to martial law, an emergency state governance banning free speech and public assembly. Distancing Taiwan from the neighboring People’s Republic of China, the innately anti-communist martial law coerced power through a one-party system, with the military and secret police assuming control. In Chen’s multifaceted work, the Japanese rule over Taiwan in the first half of the 20th century, the country’s kinship with the US during the Cold War, and its present-day neoliberalization feature as periodic points of departure.

Turning to photography and, notably, filmmaking in the mid-1990s, the artist has since inquired into forms of colonization, mechanisms of marginalization, labor exploitation, and the multifarious blatant and covert forms of state control. To Chen’s filmic work, the particularity of sites–both actual spaces and staged ones–is essential. For instance, in his video work Empire’s Borders I (2008-2009), a restaged office serves as a backdrop for an all-female cast to reenact humiliation practices at travel visa interviews. Through his projects, the artist has continuously collaborated with communities, including sanatorium residents, laid-off factory workers, migrants, and Chinese spouses. Engaging in community-making, Chen’s work probes forms of collective resistance, as much as it scrutinizes Taiwan’s entanglements in a globalized world order under the auspices of neoliberalism.