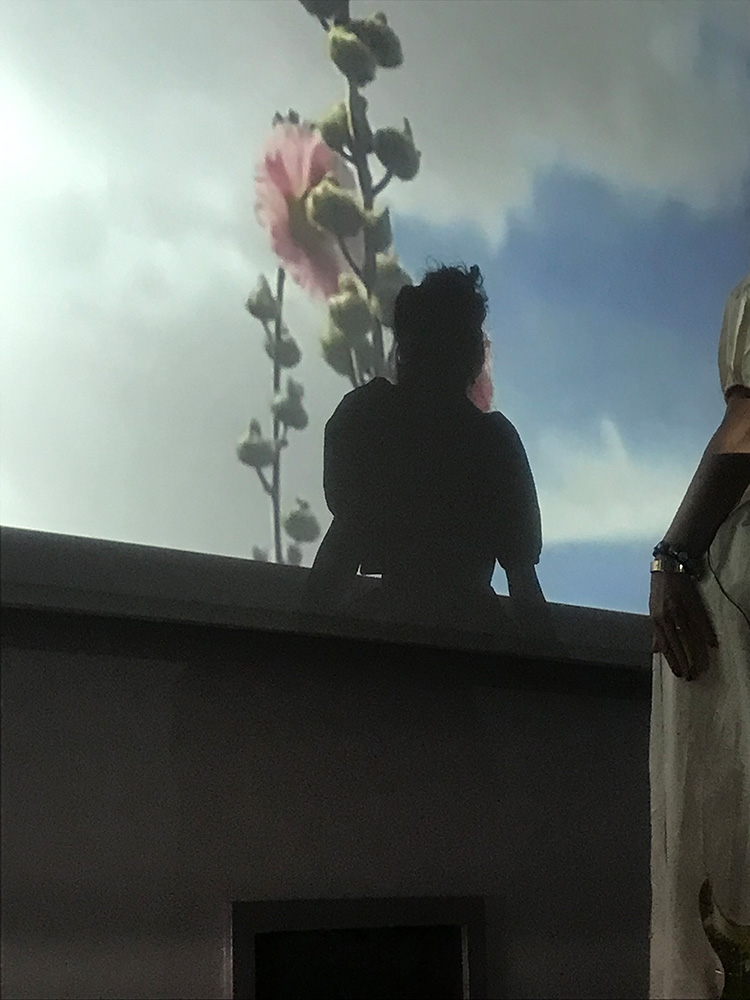 Delaine Le Bas works in a transdisciplinary way: she combines visual, performative and literary practices to create an artistic oeuvre that encompasses all areas of life. In her works she deals with many facets, political as well as private and emotional, which involve belonging to the Rom*nja people, their history and rich cultural heritage. On the one hand, she uses "classical" forms and techniques, especially textile techniques such as embroidery and appliqué, which, in conjunction with large-flowered fabrics and fantastic imagery, are immediately associated with clichés and stereotypes. At the same time, Le Bas subverts her own decorative aesthetic by openly exploring her struggles, thus defying stereotypical limitations.

In her exhibitions, she stages spaces and creates moods; works and artifacts merge into an overall image. Her approach to materials could also be described as sustainable: she works with all means, pragmatic and inventive, with found objects, painting, film, drawing, embroidery, sculpture and video. Some exhibitions are marked by very personal and biographical explorations, while still others deal with more structural and political issues, such as the social position, discrimination and exclusion of marginalized groups.

In her recently concluded exhibition Beware of Linguistic Engineering, Le Bas traced, from an intersectional perspective, the ways in which language is constructed by neoliberal politics from Thatcherism to Brexit, how existing exclusions are reproduced in the process, and how collective consciousness is affected. Her work is also an invitation to the cultural establishment to engage in self-critical discourse, because for socially and legally disadvantaged minorities in Europe, such as Rom*nja and Sint*izze, only the language that has been used for them for some time has changed, but neither the view of them, nor the socio-economic and legal conditions of their lives. By sharing her text-based paintings and drawings, her diaries, experiences, thoughts and views on today's social malaise, Le Bas creates a very personal universe in which critique becomes a matter of collective urgency.

For her solo exhibition at the Secession, the artist is developing a new, highly personal installation that also takes into account the special qualities of the space, such as its location in the basement but also its immediate proximity to the Beethoven Frieze.