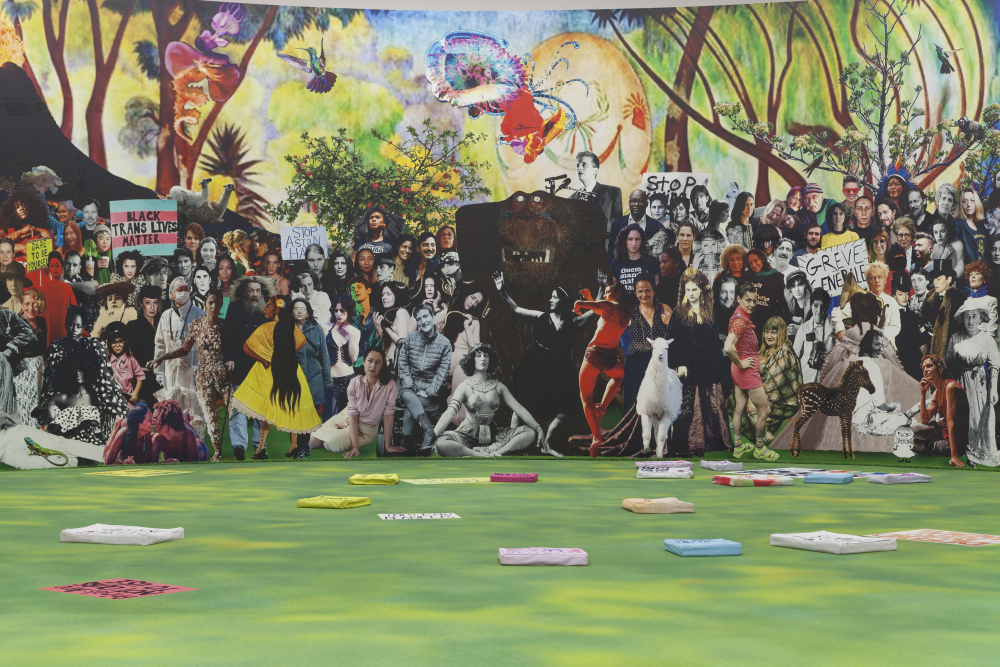 Today we celebrate the achievements of women around the world. At the same time, we fight discrimination and inequality on the basis of gender and know that accelerating gender parity must be treated with urgency.

Solidarity against discrimination based on gender and sexuality in patriarchal systems, against sexualized violence, fem(in)icides, homophobia, transphobia, racism, social injustice, and sexism, and against stereotypical ascriptions.⁠

We would also like to recall that the Secession was founded as an exclusively male institution, while the Association of Female Visual Artists of Austria (VBKÖ – Vereinigung bildender Künstlerinnen Österreichs) promoted female artists and advocated for the improvement of their artistic, economic and educational conditions.

Today, the Secession fosters contemporary artistic agendas, offering a space for experimentation  and socio-critical discourses that shape our time and the political significance they have.